When I’m watching an action movie, I don’t necessarily think I’m going to see (or pay attention to) the sets.  And if that action movie is also based on comic book characters, then I tend to think it’s going to be so futuristic that the sets might not have any relationship to historic design.  But, The Avengers proved me wrong! And I love it!  Here are some things I noticed.

When Black Widow goes to visit Hawkeye in the recovery room she pours him a glass of water.  I noticed the pitcher she poured the water from as a bit of Scandinavian design. 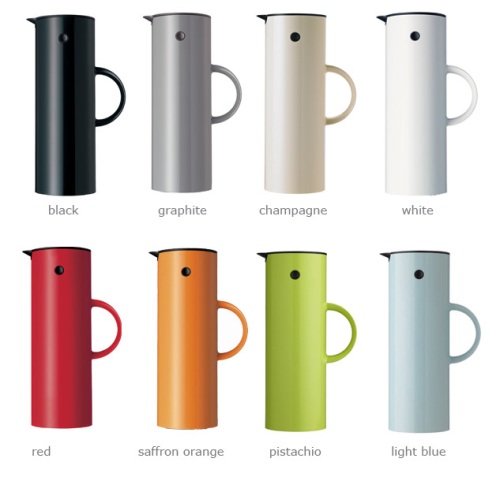 Black Widow pours water for Hawkeye from …of course …a black pitcher.

Erik Magnussen designed this pitcher for the company called Stelton.  He was born in Copenhagen, Denmark in 1940 and graduated as a ceramist from the School of Applied Arts and Design in 1960.  In 1983 he was chosen “designer of the year” by the Danish Design Council.

I also noticed Tony Stark’s home.  Truthfully, I’ve been noticing his home(s) since the first Iron Man movie – but that will be a post of its own.  If the saying is true, and money can’t buy taste, then Mr. Stark is fortunate enough to have both.  For the first two movies, production designer, J. Michael Riva created a horizontally sprawling Charles Lautner-inspired dream space for Stark.  For The Avengers, James Chinlund created a vertical tower, with Tony Stark’s multi-story penthouse at the top.

Besides the completely bad-ass landing pad where Iron Man lands – and through the talents of Stark technologies disassembles his armor – and emerges as Tony Stark, there are the modernist interiors.  In an interview with the LA Times, Chinlund says of Stark Tower, “Tony Stark bought the iconic MetLife Building (formerly the PanAm Building) and ripped off the top, adding his own piece of parasitic architecture to the top. The height of arrogance and the essence of Stark.”  Parade magazine also has a great feature on Stark’s penthouse in The Avengers. 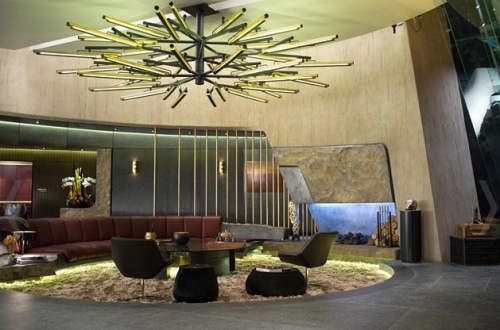 The penthouse, just like his houses in previous movies has a circular shape to it and is surrounded by windows, and magnificent views. 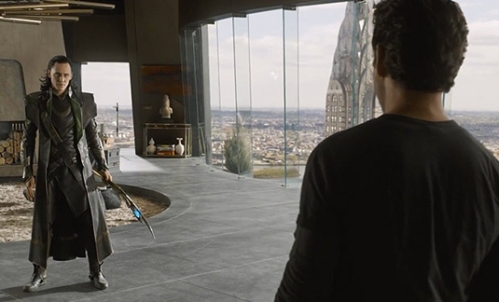 My favorite thing I noticed in this movie was an obvious one, I know.  But, Iron Man wearing a Black Sabbath t-shirt made me chuckle; like, even he gets the joke.

Filed under In the Cinema